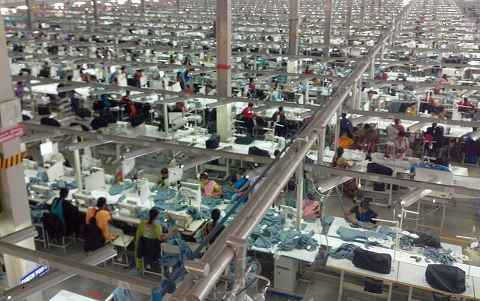 Creating value looks a lot different in the brave new world of knowledge economics. Emerging from an industrial era, we’re still seduced by how industry built its wealth. Despite the evidence, we tend to think “selling product,” rather than “building networks” is the successful business model. Amazon appears to “sell products,” but, in fact, it makes few products – it is a network. It expanded its network for nearly twenty years before it made any appreciable profit yet its founder is the richest man in the world [1], [2]. The economics of knowledge networks is quite different than that of industries. Let’s examine the economics of industries compared to knowledge networks.

Industry builds products. Industry has to minimize the cost of production and entice people to buy its products in order to stay competitive. The cost of a product is partially dependent upon how much is paid for the materials, labor, transportation and equipment required to produce it. One strategy to reduce costs is to produce in large quantity – mass production. This way, you can have specialized labor, order in mass quantities (and thus negotiate lower prices) and concentrate production in one location so that production is more efficient. So… getting big fast is a good strategy. 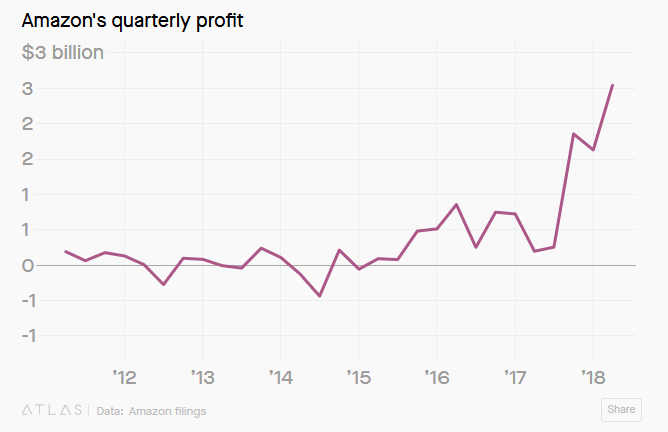 Not so for knowledge industries. In fact, it is almost the opposite. The history of successful knowledge industries is that they almost all started small and grew strong using a different model. The histories of Google, Twitter, Uber, AirBnb, Amazon, even Grameen Bank and Ushahidi all started small – even as experiments. They began as an “idea.”  They don’t own their “product” (cars, rooms, or even software, in some cases). Their growth was built on a kind of artificial intelligence (AI) – even before we knew what AI was. Who were their customers? What did they want? Who was using them? When? Why? How? What was working? What did not work? They honed their ability to learn from the data that was generated from their customers.

Knowledge does not cost more as quantity increases. Sure, it costs something to build the first algorithm for Google – quite a bit to pay smart employees at Google. But, once that algorithm is in use, it generates good information at no additional cost. (You don’t have to pay those smart people each time the algorithm is used.) Further, the people who worked on that first algorithm now have more knowledge (to build the next algorithm) than they had to begin with and they know better how to work as a team than they did before. As a company, Google has gained in knowledge (more knowledgeable employees) just by generating the algorithm. Knowledge is an endless resource – not a scarce one. This is “increasing returns to scale”.

But, in order to build that first algorithm, Google had to pay a lot of attention to what people were doing online.  What were they searching for?  What patterns were formed by their text?  Google’s first algorithm had to be better than Yahoo’s search engine that was based on categories. That is why innovative knowledge enterprises start small. This intelligence provides the momentum that moves it into network growth.

Where’s the value being created?

One of the biggest temptations to revert to industrial thinking is because there is an identifiable revenue stream – selling products. I’ve used Amazon.com as an example of a successful knowledge enterprise with, effectively, no product. It built a network instead. There are examples of successful non-profits as well. Grameen Bank, an NGO in Bangladesh began as a means of helping the poorest people in the country build a small financial base to get out of poverty. Before there were digital networks, Grameen used community-based networks to germinate small loan programs. They’ve since added other types of networks. Today, Grameen Foundation is estimated to be worth $1.6 billion. Ushahidi, in Kenya is another example. It began as a means of geo-tracking violence in polling places. It is now used in over 160 places globally for geo-tracking all kinds of crises. Ushahidi is the basis for a small “Silicon Savannah” in Nairobi. Both Grameen and Ushahidi are non-profits and have large influence and impact. Both are self-sustaining.

Community-level data has an element of economic sustainability built into it. This is a subject for a future blog. But, briefly, in thinking through economic sustainability, economists begin by asking where the “value” is being created. Without question, there is value in low-level, community data. Solving globally complex problems that are locally manifested has true economic value. Complex problems such as climate change, food security, the changing nature of employment, inequality, water resources, social and political stability, poverty, disease spread, financial contagion and internal and external migration, will cost the world billions of dollars each year. The only real question is how to turn the data that is generated from the “micro” of local knowledge networks (aggregated and processed through AI) into the value it has at a global level. Trust me, the global world will be only too happy to partner in figuring this one out.

Lynn Ilon is a Chief Innovation Coordinator of Bayoom Hub – a global social enterprise based in Korea. Dr. Ilon is a global knowledge economist and applies this perspective to marginalized areas. She has lived in four regions of the world, worked in some 20 countries, and was a professor at top-ranked universities on three continents. She has consulted for the World Bank, Harvard, the UN, and numerous bilateral and multilateral organizations and NGOs.